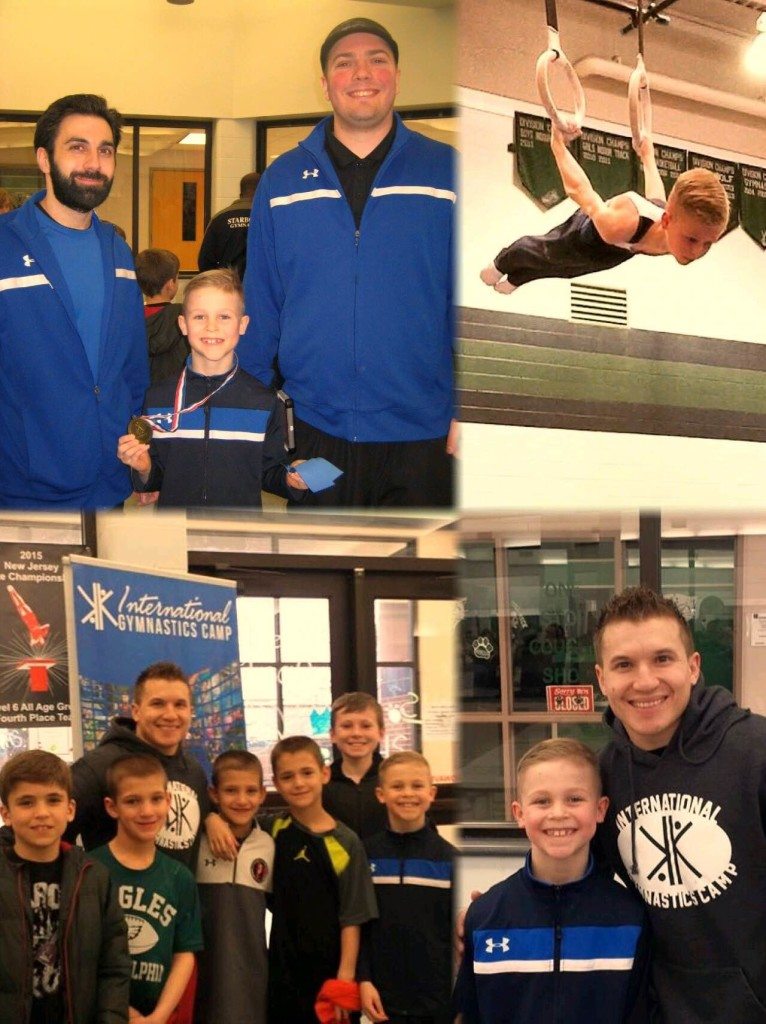 HealthQuest is happy to announce its first gold medal state champion gymnast! Matthias O., age 8, finished first the USAG Level 4 Men’s State Championship this past weekend in Colts Neck with a staggering all-around score of 63.4. Matthias took gold on still rings with a near-perfect score of 11.5, horizontal bar with a score of 11.0, and tied gold on vault with a score of 9.9. Matthias took silver on floor exercise and pommel horse with a 10.8 and 10.3, respectively, and bronze on parallel bars, with a 9.9.

As if that wasn’t enough, two-time Olympic medalist Jonathan Horton, a representative for International Gymnastics Camp, presented Matthias with his awards. Mr. Horton also posed for pictures with members of the HealthQuest Men’s Gymnastics Team who had come to support their teammate. Matthias’s coaches, Chris Austra and James Teichman, call Matthias “an incredibly good-spirited hard worker, who exemplifies the sport of gymnastics.” Congratulations Matthias!