HealthQuest recently celebrated a very special birthday!  Longtime member and friend to many around HealthQuest, Gene Lupo, turned 90 years old.  Gene, a HealthQuest member since its opening and member of the Gold’s Gym in Flemington dating back to before HealthQuest’s founding,  can be seen almost daily around the fitness center lifting weights and enjoying the comradery of the HealthQuest community.  The smile and positive attitude that Gene brings to the club each day is known by many and has remained a steady staple of the club since its founding. 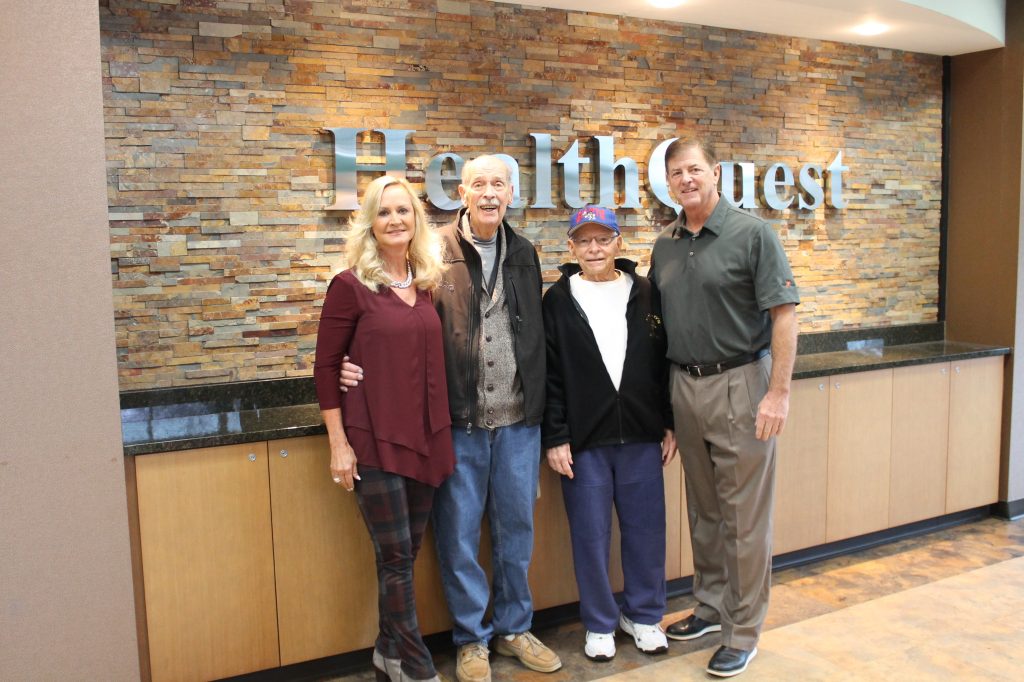 HealthQuest owner, Jack Cust, often refers to Gene as the “Mayor of HealthQuest” for the vast social network that Gene has within the club and the respect all have for Gene in the community.  Taken from that idea, HealthQuest has announced the creation of the Governor’s Club.  HealthQuest will begin to honor 90 year old (or older) members who have been with the club for 3 or more years, by converting them to a free membership starting on their 90th birthday.  Cust says of the initiative, “We’ve decided to honor these members on their milestone 90th birthday as appreciation for their loyalty to HealthQuest and their commitment to maintaining a healthy and active lifestyle that sets an example for all of us to aspire to.”   In addition to saluting longtime members, HealthQuest sees the Governor’s Club as an important nod to Hunterdon County’s ranking as one of the healthiest counties in New Jersey.

As a premier fitness facility in the county, HealthQuest has been an important piece of keeping county’s residents active and maintaining a healthy lifestyle for over 17 years.  Celebrating longevity should be an important focus in the process of reinforcing the value in physical fitness at all ages.  HealthQuest has long piloted many programs to aid Hunterdon County’s standing in this state ranking, and the HealthQuest Governor’s Club, with Gene Lupo as its inaugural member, will serve as another initiative in promoting personal health and wellness.

When you try to sum up 2 decades of memories, and

More blasts from the past to enjoy! #HQcommunity #